Every day, untold millions of people around the world are endlessly tormented by noises that no one else can hear.

For some, it’s a high pitched tone, whistle, beeps or clicks. Others hear a whooshing or buzzing noise, like the sound of a jet engine.

For the unlucky souls who have to live with Tinnitus, the medical term for ringing in the ears, the sound never stops…

And it drives a lot of people crazy.

I’ve had Tinnitus for as long as I can remember. It runs in my family, on my Dad’s side. When I was younger, it never occurred to me that other people didn’t hear the high pitched sound that I could hear when it was quiet. I thought it was normal and it never really bothered me.

But five years ago it got a lot worse when I was diagnosed with a rare and incurable inner ear disorder called Meniere’s disease. It’s a particularly nasty condition that causes vertigo, Tinnitus, hearing loss and the feeling of pressure in your ears.

All of a sudden, my Tinnitus wasn’t the quiet high pitched tone that I was used to. It was much louder, and layered with low pitched tones and a sound similar to the wind. It made it hard to fall asleep and even harder to focus. The noise steadily added to my already high levels of anxiety I was experiencing over my recent diagnosis.

But fast forward a few years, and the good news is that my Tinnitus no longer bothers me at all. Completely by accident, I stumbled onto a treatment that radically rewired my emotional and physical response to the sound. Almost overnight, it stopped bothering me.

And I’m not alone. A lot of people have found ways to live comfortably with their Tinnitus.

So I set out to find out why. I wanted to understand why some people are debilitated by their Tinnitus, while other aren’t bothered all.

What I found was not what I expected.

Before any of this will make any sense, you need to understand a few things about how we process sound in the first place.

For the sake of simplicity, we’ll start with the Cochlea. It’s the small, snail-shaped organ in the inner ear that translates the physical vibrations of sound into electrical signals that the brain can understand. These signals are sent as nerve impulses to the auditory cortex, the region of the brain that processes sound, where sounds are identified by matching the electrical patterns with familiar patterns from memory. 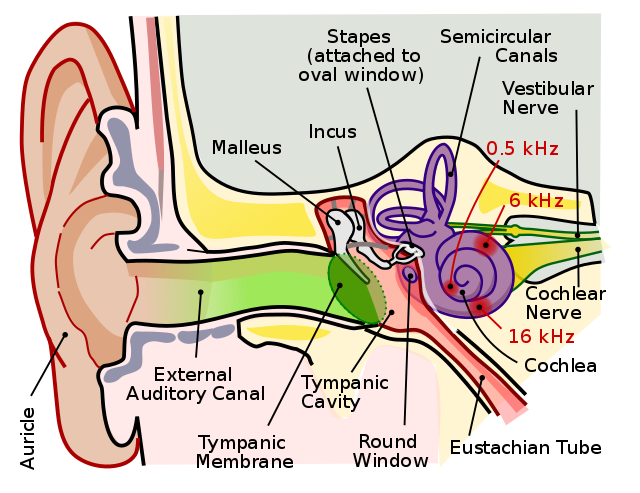 In the case of Tinnitus, this is where the problems start. When we experience a new sound, we assign meaning to it and store it away in the recesses of our memory.

On one hand, this plays a role in our survival as a species. We use sound to monitor our environment for threats. For example, when our ancestors heard the growl of a saber toothed tiger, the meaning was always clear: danger. As a result, the growl of a tiger would automatically trigger the fight or flight response.

This panicked and anxious state doesn’t feel very good, but it serves a purpose: it primes the body to react to danger. We can run faster, hit harder, and see more clearly.

But it’s not all about threats. Many sounds carry a positive association. It’s why we feel happy when we listen to certain music and why we find the sounds of nature so relaxing.

So now we have two pieces of the sound puzzle: memory and meaning.

When a sound is important enough, we assign meaning, and we react to the sound in a certain way. This reaction can quickly become an automatic conditioned response, activating both the limbic system (emotional response) and our autonomic nervous system (physical response).

It’s why a mother will wake up to the sound of her crying baby, even if she has slept through a noisy storm. It’s why we know the growl of a tiger means danger, and why we suddenly perk up in attention at the sound of our name heard softly across a crowded room.

But it’s also why Tinnitus can become such a problem: when it’s perceived as a threat or an annoyance, our body will react in kind, and treat it like one.

The reality, however, is that Tinnitus is no more threatening or dangerous then the sound of a ceiling fan.

So what exactly is Tinnitus?

The answer starts with a closer look at the the Cochlea. Within the Cochlea, sound is transformed into electrical nerve impulses via 17,000 tiny hair-shaped sensory organs, aptly named hair cells.

There is a lot going on inside the Cochlea, and it happens to be a very noisy environment.

All of this physical and electrical activity, combined with the activity of the hair cells as they respond to changes in our sound environment, actually produces measurable noise. The sounds are called Otoacoustic emissions and can be picked up with sensitive equipment.

This is important to understand, because people who don’t have Tinnitus can also hear the sounds of Tinnitus under the right conditions. And we’ve known this for over 60 years.

In 1953, two scientists named Heller and Bergman conducted a clever experiment that has been replicated several times. They recruited 80 university students with no history of Tinnitus and led them to believe they were having their hearing tested. Inside of a sound absorbing (anechoic) booth, the students were instructed to press a button whenever they heard any sounds being played through their headphones.

But it was a trick. For 5 straight minutes, no sounds were played, yet an incredible 93% of the students pressed the button and reported hearing buzzing, pulsing, and whistling sounds. The exact same sounds reported by Tinnitus sufferers.

Heller and Bergman showed that just about everyone is capable of hearing the background electrical noise present in the Cochlea and in the nerve cells throughout our hearing pathways.

Tinnitus then, is not something dangerous or a sign of internal damage, but the result of our brain turning up the volume of a natural phenomenon in an attempt to compensate for changes in our sound environment like silence, hearing loss, or exposure to sudden noise. Albeit, it’s an overcompensation.

As a side note, Hyperascusis, or extreme sensitivity to sound, is an overcompensation of external sounds, rather than the internal sounds of Tinnitus. But it’s a closely connected phenomenon. 40% of Tinnitus sufferers also report various degrees of Hyperascusis.

The key take away here, however, is that Tinnitus is a harmless sound.

The difference between someone who is bothered by it and someone who isn’t, is not the volume or the sound itself, but that the sufferer perceives their tinnitus as a threat or an annoyance, and develops a negative conditioned response like panic and anxiety.

How does Tinnitus become such a problem?

The human brain is quite good at eliminating distracting and meaningless background noise from our conscious awareness. It’s why we can focus and get work done in the middle of a noisy coffee shop or an airport. This process is called habituation.

The problem is that it’s simply not possible to habituate a sound that implies a threat. After all, you wouldn’t want to miss the growl of tiger, right?

You can habituate to the sound of your Tinnitus, the people who live comfortably with Tinnitus do, but you have to defuse your negative association first. Otherwise you will always react automatically as if you were in danger.

The negative conditioning generally starts with fear. The sudden onset of a disturbing noise that no one else can hear can be quite terrifying, especially when you don’t know what’s going on. Many people start to panic that something is terribly wrong with them.

Most people can tolerate a temporary problem, but if the sound doesn’t go away, the fear starts to build. The sound of silence is also something many people treasure, and grieve when it’s taken away.

Most people turn to the internet to search for answers, only to find words like “incurable” and “forever” tossed around with reckless abandon. The panic intensifies as the perceived threat becomes more real and more permanent. The conditioned response grows stronger. Often depression will settle in. Sleep becomes difficult.

And doctors don’t always help. Despite their best intentions, some people end up worse off. So many people are told that they simply have to live with it. This is not constructive advice.

When faced with such adversity, it’s hard to believe that anyone can learn to live with it. The odds are not in our favor. But it’s the reality that countless people face on a daily basis.

It’s a dark picture, but hopefully you also can see the light. Because there is hope for everyone, even in the most extreme cases of Tinnitus.

If you are reading this and you have Tinnitus, I’m happy to report that you are already well on your way to relief. Knowledge and understanding is always the first step.

It’s probably not enough to break the negative conditioned response on it’s own, but it’s an important part of the process. Without understanding, we are doomed to relive the vicious cycle, over and over again. Tinnitus and panicked response, ad nauseam.

Finding a doctor, likely an audiologist, who is aware of the various treatment options, one who will leave you with a sense of hopeful optimism, is a top priority. It’s also important to rule out any potentially treatable medical conditions that could be causing your Tinnitus.

But what worked for me was a simple mental exercise I discovered accidentally in the early days of my Meniere’s disease diagnosis.

My symptoms were getting worse and I realized that I needed to be more proactive with my health. My strategy of denial wasn’t working and my stress and anxiety levels were through the roof. Fortunately, I had an old habit to fall back on, meditation.

Earlier in life, meditation had truly helped me with my anxiety. But with my Tinnitus, I found it hard to meditate. I just couldn’t focus on my breath with the sound of the ringing blaring in my ears. It was very frustrating. But while trying to meditate one day, in exasperation I decided to try to focus on the sound of my Tinnitus instead.

It was the one thing my brain and my Tinnitus never expected me to do. And it changed everything for me. Every day I would spend a few minutes meditating to the sound. The changes started almost immediately, and over the following few weeks, I was able to habituate completely.

Until science offers us a cure, my Tinnitus will probably never go away. But that’s okay, because if you can habituate, it will no longer bother you, and at the end of the day, that’s just as good.

A New Approach for Treating Tinnitus

Powerful Strategies to Reclaim your Silence

I am also currently working on a Tinnitus treatment book and online course. For more information, research, free tools and masking audio, updates on my progress, and the chance to receive free one-on-one Tinnitus relief coaching from me, click the button below.

**UPDATE: MY BOOK IS NOW AVAILABLE**

I want to learn to live with Tinnitus!